Randa church via Domhütte and normal route to Dom

There was no single part of running involved, so I won't call it Skyrun, even if the style was the same (the lightest gear possible for that day, situation and risk taking) and we started and finished by the church of Randa. But Dom feels more like light mountaineering to me with a roped team of two, a crevassed glacier, steel micro crampons on our boots and slightly bigger backpack. Sure, in perfect conditions, Dom would be managable without taking too much risk in typical skyrunning gear, but we assumed to not have that ultimate perfect day to conquer.

But we had a bluesky one in the later summer season.

With more than 3200m of elevation gain and a maximum height of 4545m, Dom is one of the harder mountains in terms of elevation. Due to its west facing route, we started not that early in the morning (7:00 am) in the hope that most of the mountaineers will be already on their descent. We didn't brought a helmet, although it's advisable for climbing up and down Festijoch. If you climb fast up and down those part of the route (it's graded II, lot's of scratches from the crampons, you can't miss the right route), you are only a few minutes in that zone where rock fall could be a dangerous thing if many people are on the way up/down. So we tried to minimize that time.

In the ascent (below Festijoch and above) you'll traverse many crevasses, make sure you are early enough for the snow bridges to carry your weight. Especially in the late season. Dom is a high mountain and its west facing slope conserves fresh snow, so don't try it right after snowfalls and keep in mind that temperatures can be very low up there, or at least it feels so with the windchill effect. The very last uphill is a steep slope (45°?), the rest of the glacier is less and most of the time in a very low angle. To keep on moving is more a question of mind and acclimatization than the technical aspect. 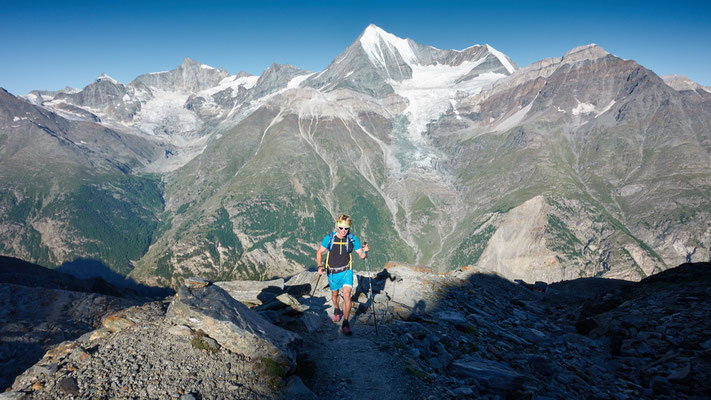 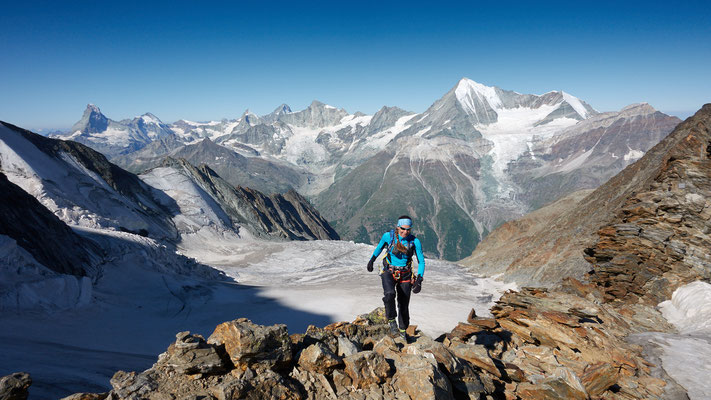 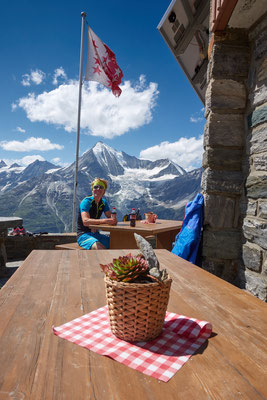 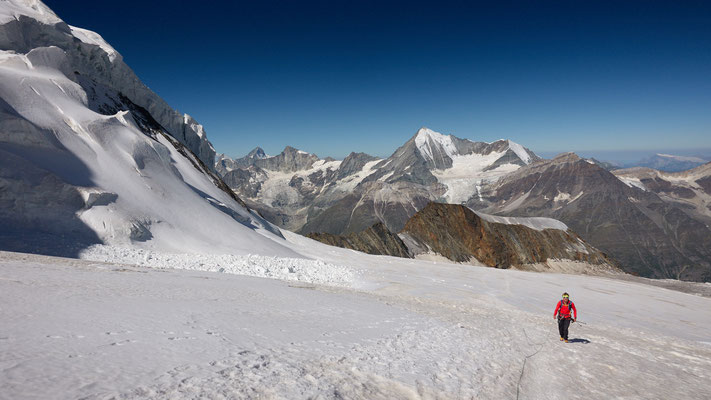 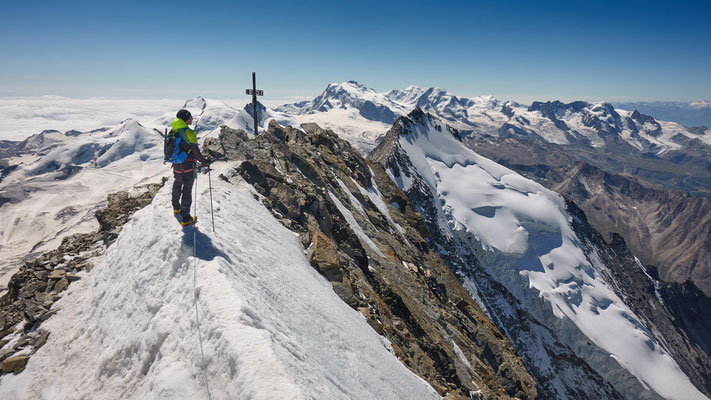 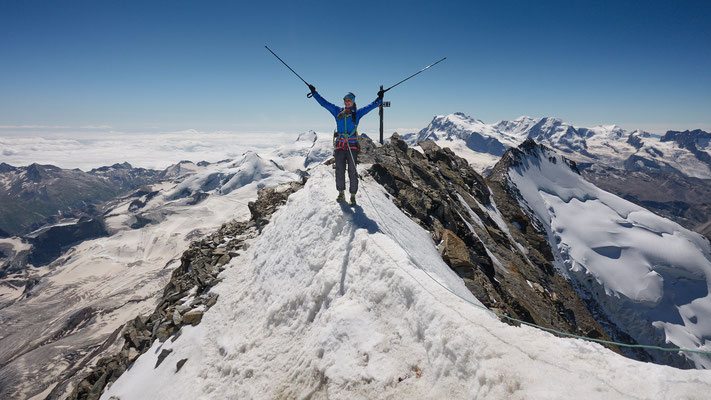 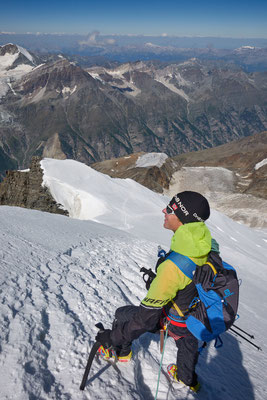 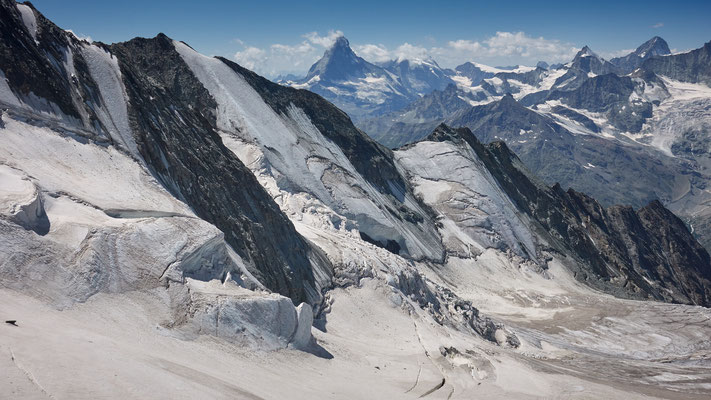 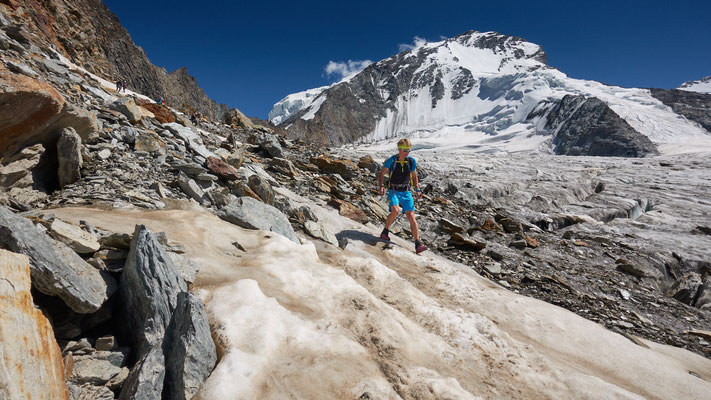 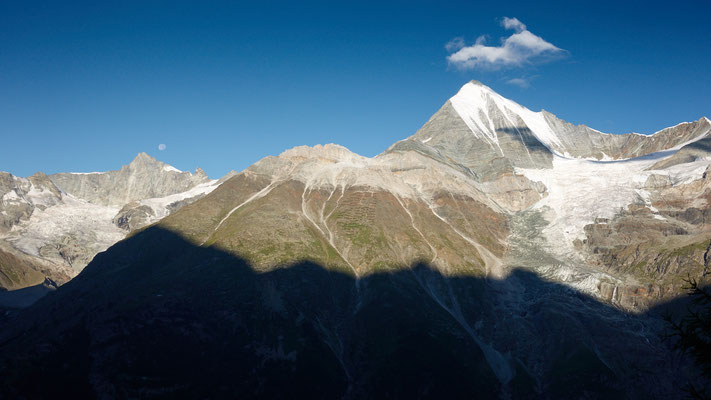